SPRINGBORO, Ohio (WDTN) – Recently, Springboro sixth-grade students were given an optional assignment of writing letters to residents of several nursing homes in the area. As residents in nursing homes around the country are dealing with the effects of being quarantined, Mr. Bettinger’s students wrote to nursing home residents about themselves and the things they like to do in their free time, while also asking the residents about their interests. Students would then end the letter with a joke or riddle.

One nursing home resident, Dees Thompson, responded to the students with a heartwarming letter. Below is the letter she wrote (no adjustments have been made to the letter for spelling/grammar):

Hello! My name is Dees Thompson. I had my 90th birthday on 20 March. With the worry about the coronavirus, I had to postpone my party, but we’ll do that when things settle down.

I’m very lucky to know someone who knows Mr. Bettinger and asked him if I could read all your letters, not just the one I received here. The answer was “Yes,” so I read them all this morning. What a great thing for Mr. Bettinger to encourage you to do. We all love mail and during this “lockdown” period, mail is even more important. And he knows that; his imagination has let each of you impact the lives of people in another generation. I believe he must be a very good teacher.

You asked what I do to fill my time. During these long days, when I cannot leave the premises or have company, I fill my time with the same activities that completed my busier days. I read a lot. I love to write, so I send lots of letters and emails and maybe even work a little on my book! (It will never be a real book, but it is fun.) I play Scrabble with the droid on my Kindle. I nap. I watch old movies. I work jigsaw puzzles and word puzzles. I went to a small school in a small town. There were twelve of us in the sixth grade – six girls and six boys. This was 1942; World War II had just started. My teacher was a honey-bear of a man named Mr. Hamm. (He had taught my mother.) He carried a long pointer in his hand. Sometimes he used it to point to things on the blackboard. But he used it most frequently to tap on the head of someone who was whispering or not working. Occasionally, he would rock it back and forth over the heads of two students who were whispering. It never hurt. Just embarrassing.

If you think about my being just ten years short of a century old, you will know that I have lived through lots of “crises.” More wars (WWII, Viet Nam, Korea, Desert Storm, the continuing Afghanistan mess,) than I want to remember; the depression; a recession; polio; measles; typhoid; racial hatred; etc. BUT I have also seen so many good things happen: a man from Ohio walked on the moon; vaccines for polio, measles, typhoid, diphtheria, and other childhood diseases; smartphones; more communication and understanding among the races that make up this great country; television; prosthetic limbs; air travel all over the world; computer; so many wonders that it would take the rest of the day to list them all. We were a military family. My husband was in the Navy and then the Air Force. I was privileged to work for the Air Force at Wright-Patterson AFB. All those years make an altogether super experience.

Some of you sent jokes. I have a couple for you.

“Railroad crossing, look out for the cars.” Can you spell that without any “r’s?”

This one is for speaking, not for a written joke. You’ll see why.

“What’s black and white and read (red) all over?”

Answer: A newspaper. If it is written, you don’t assume the color red as you would when spoken.

My generation is most vulnerable to the virus. Physically, we may be a little weak, but mentally and emotionally, we are pretty tough. And what helps keep us tough? Knowing that there are teachers like Mr. Bettinger and students like you who will continue to make wonderful things happen here in America.

Thank you for thinking of us. Take care of yourselves and each other. God bless. 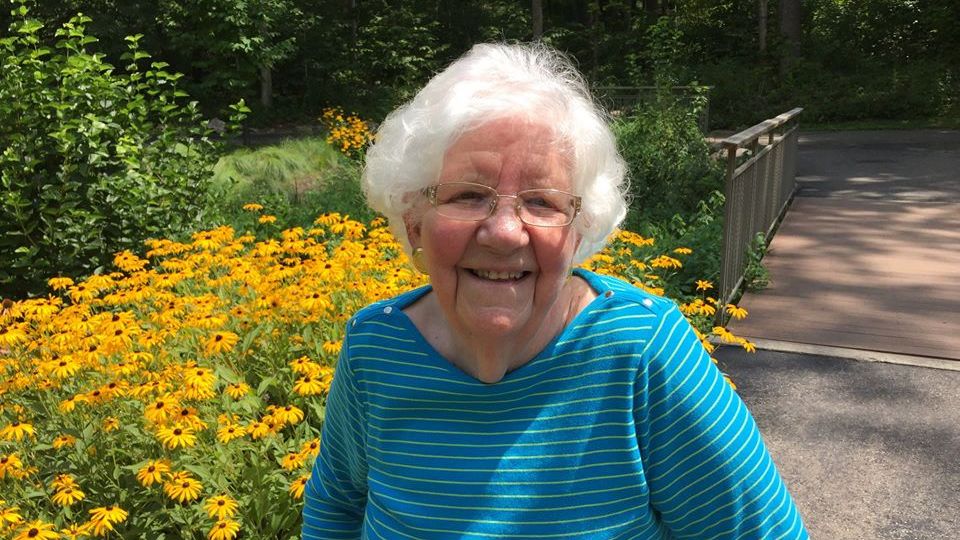 Springboro schools said several nursing homes received letters from the students, which include Hillspring, the Enclave, Tapestry, Bee Hive, Grade Lake Healthcare Center and Laurels of West Carrollton. According to the district, students will look to continue writing, as the quarantine goes on.

EL PASO, Texas (KTSM) - Election day is quickly approaching but if you plan on going to the polls this November, you may notice some younger faces working.

"The pandemic as we know is affecting older folk and it's those folk who are usually at the polls and they're the ones that are making sure that everyone's doing what needs to be done," said J.J. Martinez the President of the El Paso Young Democrats.

The letter was intercepted at a government facility that screens mail addressed to the White House and President Donald Trump, the official said. A preliminary investigation indicated it tested positive for ricin, a poison found naturally in castor beans, the official said.

EL PASO, Texas (KTSM) -- Two women viciously attacked a South El Paso grocery store employee after she asked them if they'd paid for an item in their cart. The entire scene was captured on video surveillance footage at the Food King, located at 5514 Alameda. Now, authorities are asking for your help identifying the pair.

It happened just before 10 p.m. on Monday, August 3, 2020, at the Food King near Fox Plaza. According to police, the older woman lunged at the store employee when she asked if she'd paid for an item in her cart. Soon after, the younger woman also began attacking the employee. Both women hit and punched the store employee several times in the face.